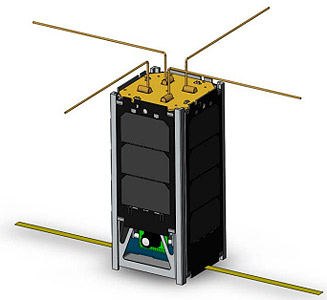 i-INSPIRE 2 is an Australian 2U-CubeSat designed by University of Sydney participating in the QB50 project.

At the same time it carries three scientific instruments to fulfill the observation in orbit. It carrries a small COTS low resolution imager, the in-house developed NanoSpec Photonic spectrograph and a Geiger radiation counter. Furthermore, the drivers for each instrument are designed and implemented on the MSP430 processor.