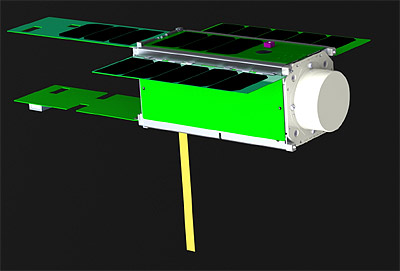 QBUS 3 or Discovery is an US 2U-CubeSat designed by the Stanford University participating in the QB50 project.

As a payload for QB50, the satellite carries the Ion/Neutral Mass Spectrometer (INMS), which measures the mass of ions and neutral atoms.

The satellite was to be launched with the bulk of the QB50 constellation to the ISS in 2017, but missed the launch due to a faulty ADCS. It will be launched at a later date.