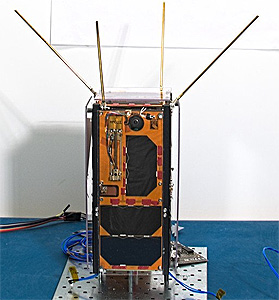 qbee50-LTU-OC is a Swedish 2U-CubeSat designed and produced by Open Cosmos Ltd for QB50 in collaboration with Luleå Tekniska Universitet (LTU) that provides integration, test and ground station facilities and support. The mission participates in the QB50 project.