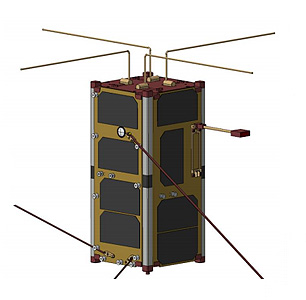 HAVELSAT is a 2U CubeSat to be launched within the EU FP7 project QB 50. It is built jointly by HAVELSAN and Istanbul Technical University.

The technological payload of HAVELSAT is a Software Defined Radio (SDR) for communication. The satellite also performs a small scale onboard image processing.

As a payload for QB50, the satellite carries a multi-needle Langmuir probe (mNLP) sampling the electron density of the space around it.