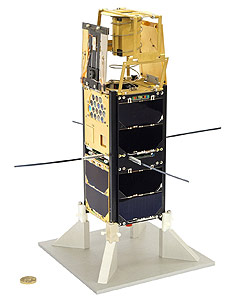 VZLUSat 1 is a Czech 2U-CubeSat mission built by VZLÚ to test several technologies in space and to take part on the QB50 mission.