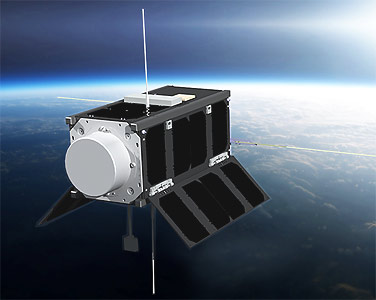 LINK (Little Intelligent Nanosatellite of KAIST), is a South Korean 2U-CubeSat designed by KAIST participating in the QB50 project.

It carries the INMS (Ion/Neutral Mass Spectrometer), which measures the mass of ions and neutral atoms, as the primary payload for the QB50 project. The secondary payload is two Langmuir probes, which are in-house sensors developed by Space Science Laboratory of KAIST. The mission lifetime is about 3 months, because of its low altitude. UHF/VHF will be used as downlink/uplink. Since the satellite has to align with the velocity direction for the INMS, one reaction wheel and magnet torquers will be used for the attitude control.