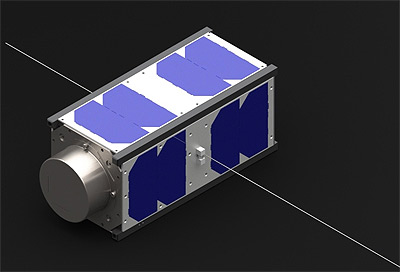 LilacSat 1 is a 2U-CubeSat for education, upper atmosphere science, amateur radio communication and technology demonstration, built by a team of students of Harbin Institute of Technology (HIT).

It is a part of the QB50 constellation. The QB50 project, which demonstrates the possibility of launching a network of 50 CubeSats built by Universities Teams all over the world to perform first-class science in the largely unexplored lower thermosphere.

The satellite was launched with the bulk of the QB50 constellation to the ISS in 2017, from where the satellite was deployed on 25 May 2017. The in-orbit lifetime of LilacSat-1 is about 3 months, from deployment to de-orbit.