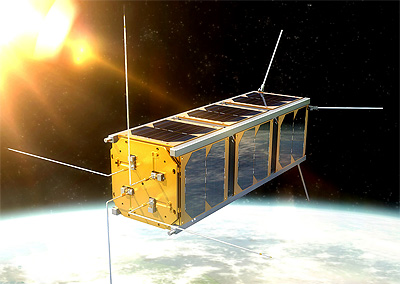 Ex-Alta 1 (Experimental Albertan 1) is a Canadian 3U-CubeSat designed by the Department of Physics of the University of Alberta participating in the QB50 project.

Ex-Alta 1 carries a digital fluxgate magnetometer for the University of Alberta and the multi-Needle Langmuir Probe (mNLP) payload for QB50.

The Ex-Alta 1 Satellite has the following science objectives:

The satellites of the QB50 constellation were launched to the ISS in mid 2016, from where the satellite was deployed on 26 May 2017.