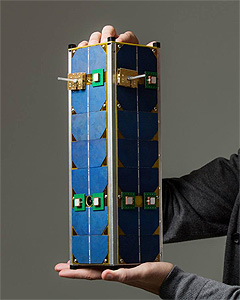 GAMASAT 1 is a 3U-CubeSat for technolgy development and upper atmosphere science. It is developed and built at the Faculty of Engineering of the University of Porto in coperation with TEKEVER.

Apart from this cooperation with the QB50 scientific goals, GAMASAT will have three technological objectives:

The satellite will be launched with the bulk of the QB50 constellation to the ISS in 2017, from where they will be deployed. The in-orbit lifetime of nSIGHT 1 is about 3 months, from deployment to de-orbit.