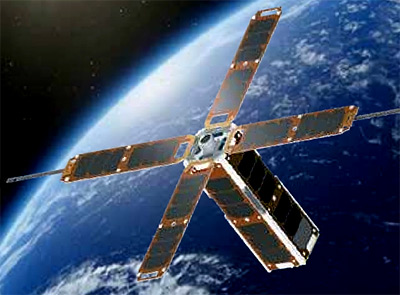 Dodona is an experimental 3U CubeSat by the University of Southern Californias Space Engineering Research Center (SERC).

The satellite started as Vector Space Systems' GSky 1 satellite, developed together with Southern Californias Space Engineering Research Center (SERC). After the bankruptcy of the company Lockheed Martin acquired the company, while giving it a $2.5 million loan to continue to operate. The mission was continued by SERC. The satellite was renamed Dodona and will be the second mission of Lockheed Martin's La Jument program.

The satellite bus is based on the Aeneas bus. This mission intended to fly new payloads and demonstrate various control and communications techniques. A new B-Dot control algorithm will be demonstrated for optimal stability control with low power using torque rods, a rotating multi-packetized beacon transmission source to prove backup to the primary communications system, and data store and forward software to be demonstrated for non-consistent ground contacts. The Cubesat bus is a MISC-2 variant, a sister of the Aeneas design and will use the same flower petal configuration for primary solar array power.