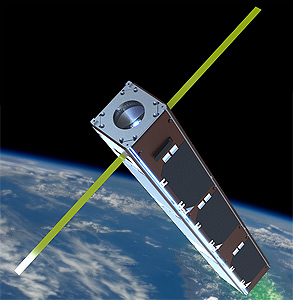 STECCO (Space Travelling Egg-Controlled Catadioptric Object) is a nanosatellite composed by 6 PocketQube units (5x5x5 cm3) with a total mass of 0.85 kg and an envelope of 5 cm × 5cm × 30 cm designed and built by the students of the Special Master of Aerospace Engineering offered by School of Aerospace Engineering (Sapienza University of Rome), who designed the satellite structure, implemented the flight software, programmed the mission profile and managed the integration and testing, under the supervision of the professors and researchers of the School.

STECCO was launched in March 2021 and will be deployed from the UniSat 7 satellite.