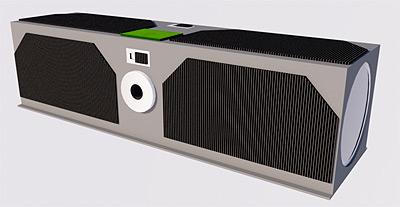 The Delfi-PQ (or Delfi-PocketQube) mission is a picosatellite developped in the Delfi Program of the Technical University of Delft built to the 3P PocketQube form factor.

Delfi-PQ consists of a core platform which secures basic functionalities which will iteratively evolve over time. Advanced subsystems, suchs as for instance attitude determination and control, as well as payloads will be developed as seperate projects using a standard interface specification. Only when they are ready in hard- and software, and can be succesfully integrated and tested, they become a formalized part of the next satellite, either as a technology demonstration payload or as extended capability of the core platform. Once the first complete hardware baseline exists, there will be always be a launch-worthy satellite planned ready for integration. Development iterations will take place about every half year. When there are sufficient technologies/payloads succesfully integrated, Delfi-PQ will be launched (expected in 2018). After the first launch, development iterations will immediatly continue and the frequency of launches is expected to increase.

Delfi-PQ 1 was planned to be launched on the maiden flight of the small Vector-R launch vehicle in late 2019 from Kodiak, but was moved to a Falcon-9 v1.2 (Block 5) rideshare mission in 2022.