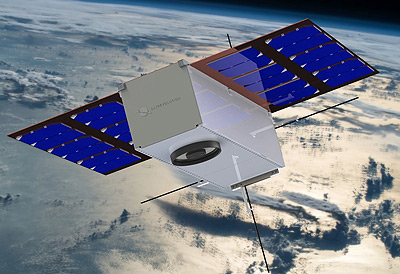 SW1FT, a 3U CubeSat, carries an optical payload capable of capturing RGB and NIR images at 5m resolution, as well as a Space Edge Zero payload from Spiral Blue, an on-board computer for an onboard image processing experiment, and a mini actuator experimental deployment subsystem from DcubeD (known as Space Selfie Stick).

Spiral Blue has signed an agreement with Polish satellite manufacturer SatRevolution to launch and test our first prototype Space Edge Zero (SEZ) computer in orbit. SatRevolution's SW1FT will also be carrying an optical payload capable of capturing RGB imagery at 6m resolution. This imagery will be passed to SEZ, allowing SEZ to take in and process earth observation imagery in real time. It is plannd to test a variety of algorithms on these images, such as our Vessel Detect AI. This gives the opportunity to do a full end-to-end test of Space Edge computing from both a technological and commercial perspective - taking images, processing them, and delivering the processed data.