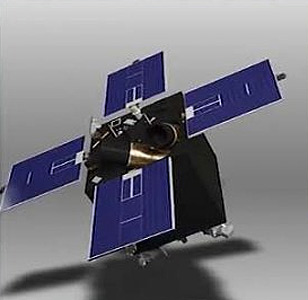 The Sich 2-1 is a small Earth remote sensing satellite based on Yuzhnoye's MS-2-8 micro satellite plattform designed to obtain digital images of the Earth's surface in the visible and near-infrared ranges of electromagnetic wavelengths, as well as to monitor Earth's magnetosphere parameters. It is built under the National Space Program.

The satellite is an improved version of the Sich 2 satellite. It carries an imager with a ground resolution of 7.8 m and a swath width of 46.6 km. Additionally a Swiss laser communication experiment is on board.

The launch was originally envisaged for 2012 on a Dnepr launch vehicle, but was long delayed. Eventually in 2021 a contract to launch the satellite on a SpaceX Falcon-9 v1.2 (Block 5) rideshare mission in late 2021.