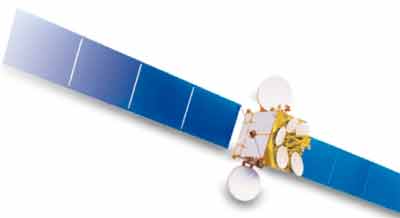 The Hotbird 6 satellite will provide a total of 32 active transponders. 28 of these will operate in the Ku-band. The remaining 4 transponders will operate in the Ka-band. The 28 Ku-band transponders are connected to a high-power Super-Widebeam coverage to facilitate the provision of television broadcast and multimedia services over the entire European continent, North Africa and the Middle East. The in-orbit redundancy of the Hot Bird satellite system will be enhanced through the provision of back-up capacity on Hot Bird 6 for all of the Hotbird 5 channels and for a set of Hotbird 4 channels. The satellite will also provide additional Ku-band capacity to be leased at 13 degrees East. Additionally, services that are currently broadcast by Hotbird 5 can be upgraded to take advantage of the Hotbird 6 satellite's very wide coverage area. The satellite's advanced Ka-band payload design will enable the organization to address several additional markets from high-end Internet users, small- and medium-sized businesses, and SOHOs (Small Office Home Office workers) within a Western European coverage area. The unique combination of the Ka-band and SKYPLEX will provide further opportunities for new multimedia service development, where access via very small transmit/receive user terminals (for example, micro-TV, IP-Broadcasting and interactive network applications).

Hotbird 6 was launched for a reduced fee on the first Atlas-5(401) rocket.