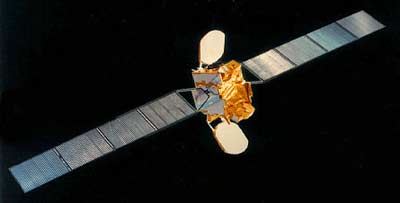 In 1990 Eutelsat began the deployment of the second generation Eutelsat spacecraft procured directly from Aerospatiale and based on the Spacebus-2000 design. Each Eutelsat 2 spacecraft supports 16 transponders (with eight spares) operating at 14/11 GHz and 50 W output power. In orbit the spacecraft spans 22.4 m across the two rectangular solar arrays which generate up to 3.5 kW. Eutelsat 2 employs two, 1.6 m diameter multifeed reflectors, one on each side of the spacecraft bus.