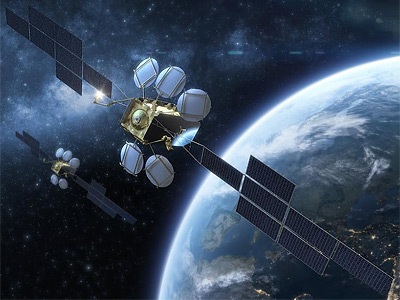 Hotbird 13F and 13G were ordered in August 2018 from Airbus Defence and Space to be built based on the new Eurostar-Neo bus with a launch mass of 4.5 tons and an electric power of 22 kW. They have all electric propulsion, allowing an increase in payload, so that two new satellites provide the same amount of Ku-band capacity as the current trio of Hotbird satellites, with increased resistance to signal jamming.

Launches were are planned for 2021 and 2022 respectively on Ariane-6, with both set to enter service in 2022. Eventually they were re-booked on SpaceX Falcon-9 v1.2 (Block 5) launches, which took place in October and November 2022.