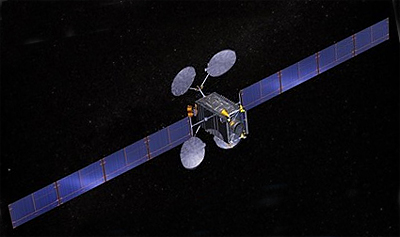 Satelites Mexicanos S.A.B. de C.V. (Satmex) announced in March 2012, that it has contracted with the construction of Satmex 7 to Boeing Satellite Systems. The new satellite will provide Fixed Satellite Services (FSS) in the Americas. SATMEX was acquired be Eutelsat in 2014 and was rebranded Eutelsat Americas. In May 2014, it was renamed Eutelsat 115 West B.

The satellite is part of a joint order by ABS and SATMEX of four BSS-702SP satellites. The first two satellites, ABS 3A and Eutelsat 115 West B, are scheduled to be delivered together in late 2014 or early 2015.