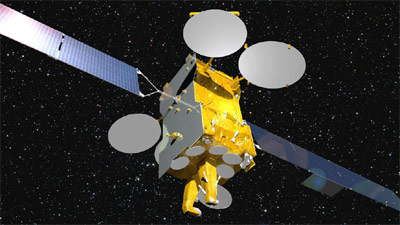 Based on Astriums Eurostar-3000 platform, Eutelsat 3B operates 51 transponders in C, Ku and Ka-bands. Its ten antennas enable Eutelsat 3B to provide fixed widebeams and steerable spotbeams to regional and national markets with a scalable allocation of power and spectrum per beam in Ka-band.

Launched in May 2014, Eutelsat 3B had a launch mass of about six tons, an electrical power of 12 kW and is designed to deliver more than 15 years of in-orbit operation.