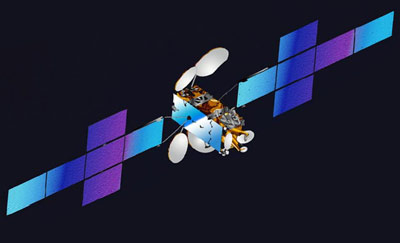 AMC-13 was originally ordered as GE 2i. In early 2004, AMC 13 was transferred to Worldsat LLC, a new subsidiary of SES Americom as Worldsat 3. The original AMC-13 was to features 60 C-Band transponders, but when transferred to Worldsat, it was ordered to be changed to the hybrid C-/Ku-band payload with 18 C-band and 20 Ku-band transponders. In early 2005 it was renamed AMC 23.

Eutelsat has announced in June 2012 the acquisiton of GE-23 satellite from GE-Satellite. The satellite is renamed to Eutelsat 172A and expands Eutelsat coverage to Asia-Pacific region and West Coast of United States of America. The satellite had at that time an estimated lifespan of 8.5 years.