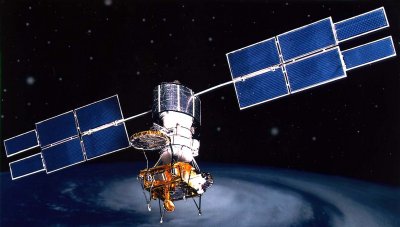 The SESAT 1 (Siberia - Europe SATellite) provides a wide range of telecommunications services over a very large geographical coverage area extending from the Atlantic Ocean to Eastern Russia, including a large part of Siberia. The satellite also provides similar services within the Indian Sub-Continent by means of a Steerable Spotbeam. Sharing the 36° East orbital position with the Eutelsat W4 satellite, SESAT contributes to the development of international, regional and domestic services, such as thin route telephony, corporate and specialised data services and long distance trunk telephony. It facilitates the development of new markets in far eastern Europe and southern Asia for all types of telecommunication and business services, as well as providing full interconnectivity with western and central Europe.

Launched directly into a geostationary orbit by the Proton-K Blok-DM-2M launch vehicle on 18th April 2000, SESAT provides a total of 18 communications transponders for a minimum operational lifetime of 10 years.

In December 2011 Eutelsat announced, that their satellite assets will be renamed under a unified brand name effective from March 2012. This satellite became Eutelsat 16C.

In February 2018, after 17 years and 10 month service, the satellite was decomissioned and put into a graveyard orbit.