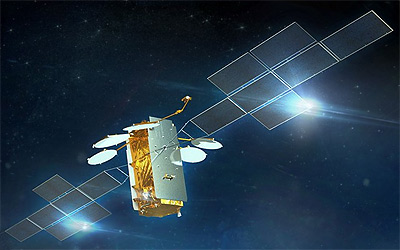 The Eutelsat 36D spacecraft will replace and enhance capacity at 36° East, a key orbital slot for Eutelsat for TV broadcasting (DTH) and government services over Africa, Russia, and Europe. It is based on the Airbus Eurostar-Neo platform, a significant evolution of the highly reliable and successful Eurostar series with an entire range of major innovations. With 70 Ku-band transponders over five downlink beams and a steerable antenna, Eutelsat 36D provides flexibility and performance optimisation to deliver service in Africa, Russia and Europe.

Eutelsat 36D combines electric power of 18 kW with a reduced launch mass of 5 tons, enabled by Airbus EOR (Electric Orbit Raising) capability. It will have an operational lifetime of more than 15 years.