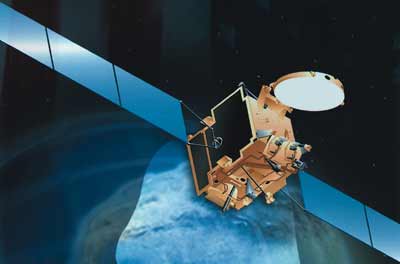 The GE 5 satellite was the former argentinean Nahuel 1B satellite, which was sold to GE Americom when the argentinean owner did not need the spare and modified to the new owners needs.

When GE Americom was taken over by SES, it was renamed AMC 5.