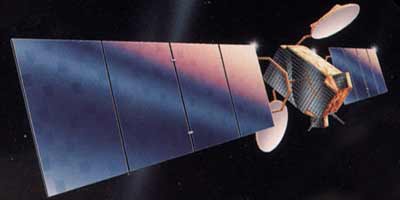 The A2100 satellites have a liquid apogee engine and electric arcjet thrusters.

The aging AMC 3, being in inclined orbit, was acquired by Global Eagle in january 2017 and rebranded Eagle 1.