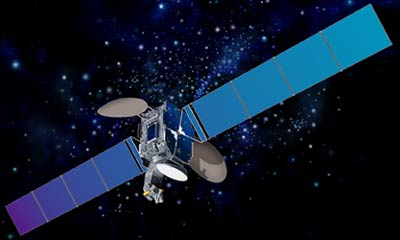 China Telecommunications Broadcast Satellite Corporation (ChinaSat) has contracted with Space Systems/Loral for ChinaSat 8, a.k.a. ZX 8 (Zhongxing 8), a high-powered satellite that will provide video, data, and digital voice communications for China.

Loral announced in February 2005 that it has reached a settlement with ChinaSat regarding the Space Systems/Loral-built ChinaSat 8 satellite and its launch. SS/L had no obligation to deliver the ChinaSat 8 satellite until all required export licenses are received. ChinaSat was to withdraw all claims filed against SS/L and release it from any related liabilities. Furthermore, ChinaSat has the right under the settlement to assign its rights in the satellite contract to a third party.

ProtoStar has signed in 2006 definitive agreements with China Telecommunications Broadcast Satellite Corporation to purchase a completed but un-launched satellite and with Space Systems/Loral, a subsidiary of Loral Space & Communications Inc., to tailor the satellite's components for the proposed footprint over Asia. ProtoStar expects to complete construction and launch the satellite, renamed ProtoStar I, in early 2008.