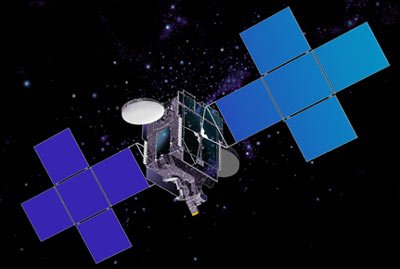 Europe*Star is a satellite owner-operator, offering capacity on its geostationary communications satellites. The company leases whole and fractional transponders on a full-time and occasional use basis, for use with a broad range of satellite communications services including television, Internet, telephony and corporate networking. Brought into service at the start of 2001, the innovative Europe*Star 1 satellite has five high-performance beams covering Europe, Southern Africa, the Middle East, the Indian subcontinent and South East Asia. Its Europe*Star B satellite provides additional capacity for markets in Central and Eastern Europe.

Europe*Star 1 provides coverage within and between Europe, Southern Africa, the Middle East, the Indian subcontinent and South East Asia. With an all Ku-band payload delivering over 52 dBW across all five footprints, Europe*Star 1 is uniquely positioned to deliver broadband services into small dishes throughout some of the most commercially and culturally significant trading regions in the eastern hemisphere.

The system offers flexible beam switching between the five uplink and downlink footprints, with transponder-by- transponder connectivity enabling Powerful Connections both within and between each region.

SS/L is sub-contractor for Alcatel Space for manufacturing and Launch and Early Orbit Phase (LEOP) of a spacecraft with a capacity of 30 channels in the Ku-band at 36 MHz.

In July 2005, Europe*Star 1 was sold to PanAmSat and the name was changed to PAS 12. When Intelsat bought PanAmSat, they changed the name of the PAS 12 satellite to Intelsat 12 effective to 1 February 2007.