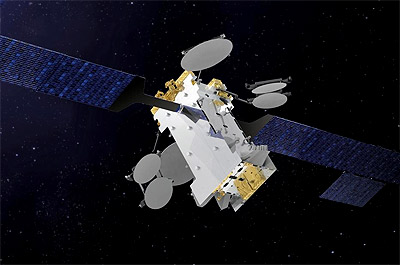 Amazonas Nexus is a planned high-throughput geostationary communications satellite of Hispasat to cover the entire American continents, the North Atlantic corridor, as well as Greenland.

Hispasat and Thales Alenia Space signed a contract for the construction of Amazonas Nexus in January 2020. The 4500 kg satellite will be built on the all-electric propulsion Spacebus-Neo-200 bus with a power of 20 kW. It features a Ku-band High Throughput Payload to serve the Americas and North Atlantic air corridors and a Ka-band payload for gateway communications. It will notably include a fifth generation transparent digital processor (DTP), which can digitally process the transmitted data. Amazonas Nexus will have a life time of more than 15 years.

For Tele Greenland A/S a powerful payload of 800 MHz in Ku band, especially designed to provide Internet access in all remote towns and villages in North and East Greenland, will be embarked on the satellite. This capacity will also allow to provide corporate services to mining companies and serve as back-up system to restore communication services in emergency situations.The dedicated mission will be known as Greensat.

Additionally it hosts Space Forces Space and Missile Systems Centers Pathfinder 2 mission. The project is led by Artel. The Pathfinder 2 mission will include a 108 MHz payload of space capacity with rigorous levels of overdrive protection that comply with the Department of Defenses demanding security requirements.