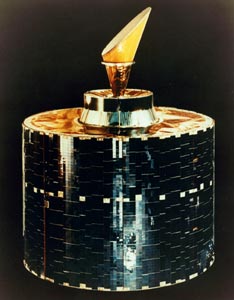 The Intelsat 3 spacecraft were used to relay commercial global telecommunications including live TV. Three of the 8 satellites in the series (F1, F5, F8) were unusable due to launch vehicle failures, and most of the remainder did not achieve their desired lifetimes. F2 operated for 1.5 years, F3 was partially operational for 7 years, F4 lasted 3 years, F6 survived 2 years, and F7 remained usable for 16 years.