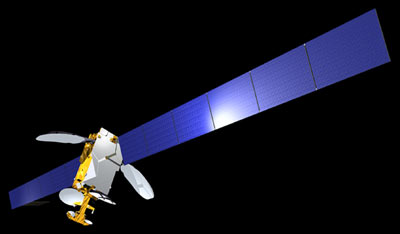 The Intelsat-10 satellites (Intelsat 10-01 and Intelsat 10-02) are the largest and most powerful satellites ever procured by Intelsat, the international telecommunications satellite operator, to provide various communications services including fixed telephone and data services, broadcast and news gathering to cover the whole American continent as well as Western Europe. Both satellites will have a launch mass of around 5500 kg and a payload power of approximately 8 kW, but will be configured for different missions. Intelsat 10-01 is to be located at the 310 degrees East position and will carry 36 active transponders in C-band and 20 in Ku-band. The satellites are due for delivery in 2003.

As prime contractor, Astrium will deliver both the platform (based on the high-power Eurostar-3000 version of the company's Eurostar series) and the payload.