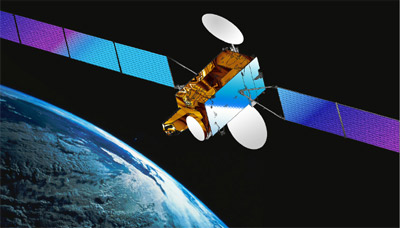 Alcatel Alenia Space announced in December 2005 that it has signed a contract with ChinaSatcom (China Satellite Communication Corporation) to design and manufacture the new-generation ChinaSat 6B (Zhongxing 6B, ZX 6B) communication and broadcast satellite. Dedicated to television broadcasting, this satellite will enable ChinaSatcom to expand its services in China.

ChinaSat 6B is based on the Spacebus-4000C2 platform from Alcatel Alenia Space, fitted with 38 active C-band channels. Weighing about 4,600 kilograms at launch and having 8,7 kW of electrical power, it will be positioned at 115.5 degrees East. The satellite's lifetime will exceed 15 years.

ChinaSat 6B was orbited by a CZ-3B launcher. Alcatel Alenia Space assisted ChinaSatcom for the launch campaign, orbital positioning and in-orbit tests.