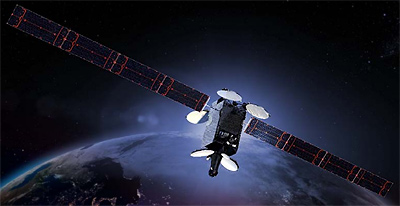 IS-37e has a high throughput C-, Ku, and Ka-band payload with 45 gigabits per second of bandwidth for Intelsat's Epic system.

The payload is powered by two solar wings, each with four panels of ultra triple-junction gallium arsenide solar cells.

The satellite is positioned at 342° East.

Intelsat 37e was launched in 2017 on a shared Ariane-5ECA launch.