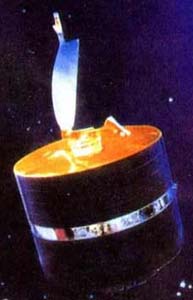 The DFH-2A was a spin-stabilized, drum-shaped satellite with a diameter of 2.1 m and a height of 3.1 m. The communications payload consisted of only two 6/4 GHz transponders with an output power of 10 W. The total electrical power capacity was assessed to be about 300 W (the first two experimental satellites were rated at 284 W).

Prior to 1993 all DFH satellites were operated by the military. All DFH-2As had exhausted fuel and halted operation by the early 1990s.