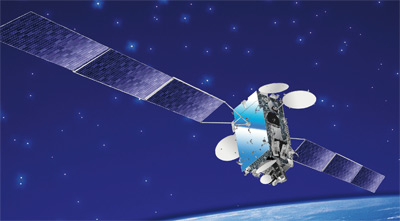 APT Satellite in April 2010 has entered into a satellite procurement contract with satellite contractor Thales Alenia Space France for the manufacturing and delivering of APSTAR 7B Satellite, a Spacebus 4000 C2 Platform with 28 C-band and 23 Ku-band high power geostationary communications satellite.

At the same time, APT Satellite also entered into a launch service agreement with launch contractor China Great Wall Industry Corporation for the provision of launch and associated services of the APSTAR 7B Satellite on a CZ-3B/G2 launch vehicle at the Xichang Satellite Launch Center at Xichang in Sichuan Province. The initial launch period of APSTAR 7B Satellite is between 15 July 2012 and 15 October 2012 in the case the launch of APSTAR 7 Satellite is not successful.

As Apstar 7 was successfully placed into service, the Apstar 7B contract was transferred to China Satcom as ZX 12 (Zhongxing 12, ChinaSat 12), a state-owned satellite operator in Beijing, which also needs new capacity but not as quickly as APT.

Part of the satellite's payload has been leased to Sri Lanka and is co-branded as SupremeSat 1.

The satellite was renamed ZX 15A and moved to the 51.5° East slot until ZX-15 is launched.