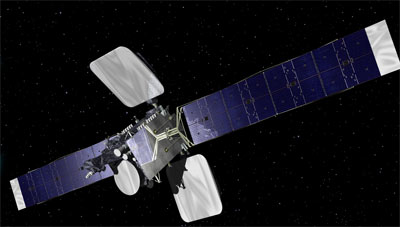 Orbital Sciences Corporation announced in August 2008 that it has been selected by Intelsat, Ltd. to design, build and deliver the Intelsat-18 (IS-18) commercial communications satellite.

The satellite will be based on Orbital's flight-proven Star-2 platform and will generate approximately 4.9 kilowatts of payload power. The IS-18 satellite will carry 24 C-band transponders to cover the Northern and Southern Hemispheres and 12 Ku-band transponders to provide services to the United States, French Polynesia, Australia, New Caledonia and other Pacific Islands. Following its launch and deployment, the spacecraft will be located in geosynchronous orbit (GEO) at 180 degrees East longitude. The IS-18 satellite will replace Intelsat's IS-701 spacecraft.