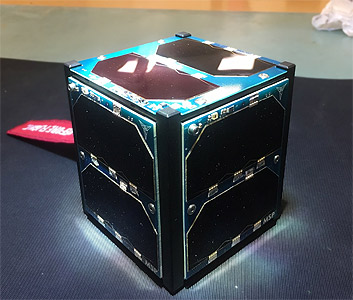 The ACRUX 1 is a student-built 1U CubeSats developed by the non-profit organisation Melbourne Space Program.

The purpose of the ACRUX 1 project is to develop, built and launch a student-built CubeSat from scratch, to test the functionality of the subsystems, to develop the basics for future satellite missions. The satellite uses the validated 1U CubeSat form-factor with low-gain antenna capabilities and minor flight control abilities. The satellite is primarily an in orbit engineering demonstrator model.

The satellite was launched on a shared launch on an Electron KS in June 2019 from New Zealand.