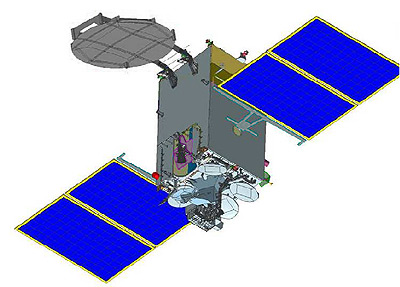 GSAT-7A is a communications satellite carrying for shared use of the Indian Air Force and the Indian Army.

GSAT-7A will enable the IAF to interlink different ground radar stations, ground airbase and Airborne early warning and control (AWACS) aircraft such as Beriev A-50 Phalcon and DRDO AEW&CS. the satellite will enhance Network-centric warfare capabilities of the Indian Air Force and therefore enhance it's global operations.