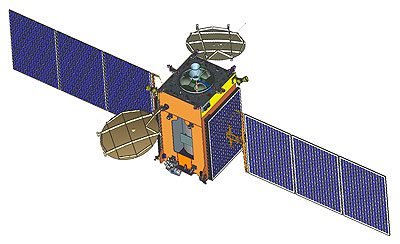 GSAT-19 is to act as test bed for several new technologies on a standard I-3K bus.

The satellite was launched in early 2017 on the maiden orbital flight of the GSLV Mk.3 launch vehicle.