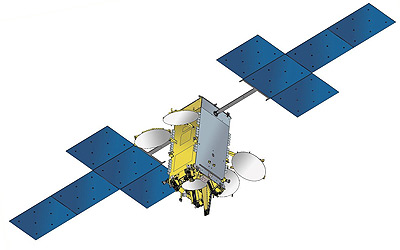 The 5725 kg satellite is based on the new I-6K Bus and carry 40 transponders in the Ku-band and Ka-band frequencies (32 Ka × Ku-Band Forward Link Transponders and 8 Ku × Ka band Return Link Transponders), which are 3-6 times more powerful than that used in existing indian communications satellites and capable of providing upto 10 Gbps throughput.

The satellite was originally baselined to be launched by a GSLV Mk.3 rocket, but will now be put into orbit on a commercially procured Ariane-5ECA launch.

GSat 11 was already delivered to the launch site in April 2018, when it had to be returned to India - likely in conjunction with the failure of GSat 6A.