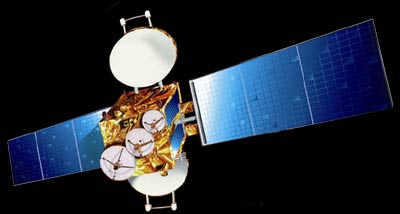 Launched into the geosynchronous transfer orbit by the European Ariane-42L H10-3 launch vehicle, the liquid apogee motor on board, Insat-3C is used to lift the satellite to its final geosynchronous orbit, which is about 36,000 km above the equator. The satellite is finally positioned at 74° east longitude. Like all other Insat satellites, Insat-3C is controlled from the Master Control Facility at Hassan in Karnataka.