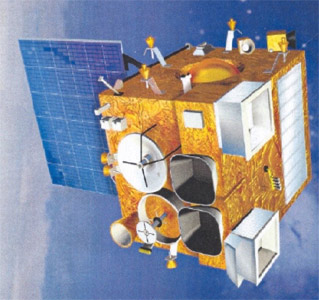 INSAT-3D is a pure meteorological satellite without additional communication payload as in the other INSAT satellites. It features a 19-channel sounder, a 6-channel imager and a DRT & SAR payload.

A improved replacement, INSAT 3DR is being constructed for a launch readyness in 2015. An additional ground spare, INSAT 3DS is also under construction.