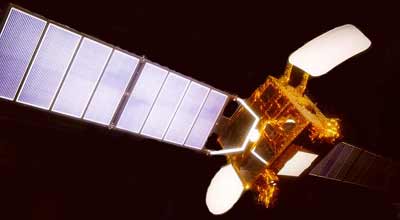 The three Arabsat 1 spacecraft are based on the Aerospatiale and MBB Spacebus-100 platform. Ranging from nearly 600 kg to almost 800 kg at the start of life in GEO, the spacecraft measure 1.5 m by 1.6 m by 2.3 m with a solar array span of about 21 m for 1.4 kW of electrical power. The primary communications payload consists of two S-band transponders and 25 C-band transponders. The nominal design life was seven years.

Arabsat 1A was launched by Ariane on 8 February 1985 but immediately suffered a solar panel extension malfunction. Other failures quickly relegated the spacecraft to backup status until late 1991 when the vehicle was abandoned. Arabsat 1B was launched by the U.S. Space Shuttle and was operated near 26 degrees E from June, 1985, until the summer of 1992 when it, too, no longer continued station-keeping operations. Arabsat 1C was launched by Ariane on 26 February 1992 and was still on station near 31 degrees E at the end of 1994. Later it was transferred to Insat as Insat 2DT.