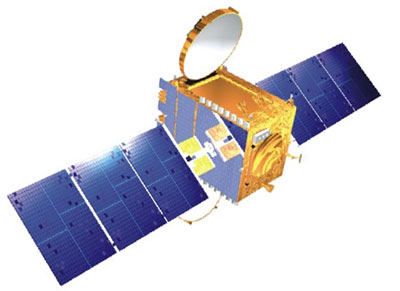 INSAT 4A and INSAT 4B are dedicated to telecommunications, with 12 Ku band and 12 C-band transponders each. Their coverage zone is the Indian sub-continent.

Designed, built and integrated by ISRO, the INSAT 4A and INSAT 4B satellites will each weigh about 3,200 kg at liftoff.