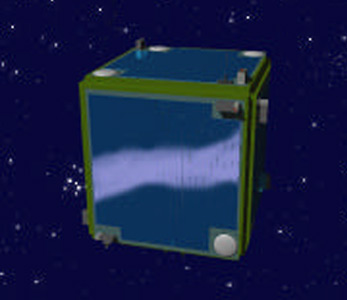 Orion, a student-built mission designed to demonstrate navigation and control of formation flying microsatellites on-orbit, was to use for the first time carrier-phase differential GPS (CDGPS) for precise relative navigation (25 centimeters) of satellites in close proximity.

The Orion spacecraft have a cold-gas propulsion system for maneuvering the vehicles, allowing a real-time demonstration of formation flying control using various control modes and formation configurations. A successful Orion mission will demonstrate some of the key formation flying technologies required to form a "virtual spacecraft bus" for many future NASA and DoD science missions.

Launch of a single Orion satellite was planned together with two Emerald satellites on a Shuttle mission in 2005, but was finally cancelled.