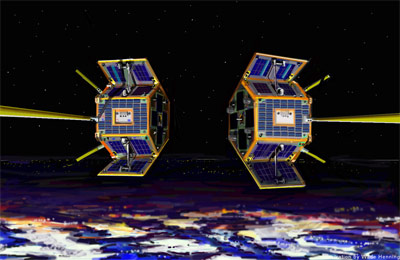 The Emerald nanosatellite is a project of Stanford University SSDL and Santa Clara University, California, to demonstrate distributed space systems technology and applications. It is funded by the Air Force Office of Scientific Research and Defense Advanced Research Projects Agency to explore creative thinking in space systems design.

Launch of the two Emerald satellites was planned together with a single Orion satellite on a Shuttle mission in 2005, but was finally cancelled.

The core of the EMERALD mission is demonstration of Robust Distributed Space Systems. The mission uses a building-block approach, where the ultimate mission is actually built upon the success of individual experiments.