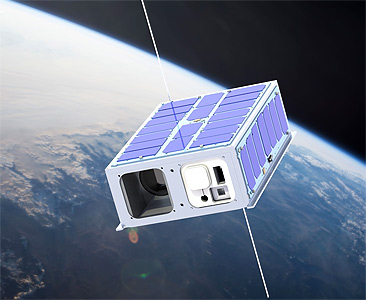 RECONSO (Reconnaissance of Space Objects) is a student-led cubesat participant in the current University Nanosatellite Program (UNP-8) competition supported by the Air Force Office of Scientific Research (AFOSR). The objective of the RECONSO mission is to detect and track resident space objects in the 1-10 cm regime from a 6U CubeSat platform in Low Earth Orbit.

Observations of resident space objects will be made with a visible light lens and a CMOS imager. Tracks will consist of observations of the same space object in multiple frames such that the right ascension, declination, and photometric brightness of the object relative to RECONSO will be calculated and downlinked to the ground.

The imaging payload consists of a Nocturn XL CMOS camera with Kowa LM60JS5MA lens. The data is downlinked via the Globalstar network.

RECONSO will launch as a secondary payload in the early-2018 timeframe.