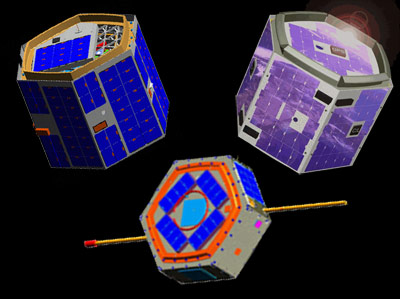 The three nanosatellites, one from each university (USUSat (Utah State University), DawgStar (University of Washington ) and HokieSat (Virginia Polytechnic), were to weigh about 10 kg each.

The goals of the ION-F alliance program were:

They were to fly on the same Space Shuttle mission as the 3CS satellites, but were all cancelled, although Dawgstar was delivered.