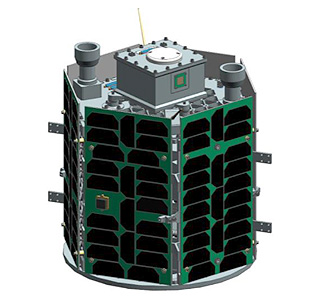 The purpose of the M-SAT mission is to provide flight testing of a Self-sufficient, Accelerated Spacecraft Integration Flight Control System (SASI FCS), developed at Missouri S&T; this will be accomplished by using the system to detumble the satellite and by flying a pair of satellites (MR-SAT and MRS-SAT) in a specified formation and returning trajectory data to the ground for analysis of the FCS performance.

MR SAT will act as an inspector satellite while MRS SAT will simulate an uncooperative resident space object (RSO), and the two will perform proximity operations during flight. The goals of M-SAT are to test new technologies in support of missions involving proximity operations, including the study of an R-134a-based cold gas propulsion system for use in formation flying applications and the development of a stereoscopic imager sensor used to determine the real-time relative position/velocity vectors between the satellite pair. Data obtained during the close formation flight phase will be evaluated for the benefit of future missions. As a result of the modest budget that accompanies a university level project; M-SAT has required the use of innovative, low-cost solutions to meet the stated objectives.

M-SAT was selected as the winner of the eight University Nanosat mission. It will be launched either onboard of a cargo craft towards the International Space Station (ISS), from where it will be deployed via the Space Station Integrated Kinetic Launcher for Orbital Payload Systems (SSIKLOPS). Launch is planned for 2019