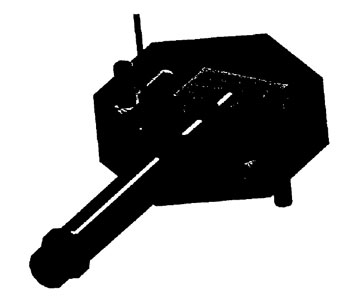 The objective of the Constellation Pathfinder program is to demonstrate the feasibility of fabricating and launching three 1 kg satellites that are capable of collecting and returning quality scientific and engineering data for several months. The particular nanosatellite proposed for use is based on one developed over the past two years through a NASA-supported study called the Magnetospheric Mapping Mission at Boston University. That study objective has been to assess the feasibility of placing hundreds of satellites equipped with magnetometers into orbits extending into the tail of the magnetosphere, thereby obtaining a much more detailed three-dimensional picture of dynamic phenomena in geospace than has been possible previously. The Constellation Pathfinder proposal will take the first pathfinding step toward such an ultimate implementation. A simplification of the current conceptual design is planned. With launch provided by the shuttle, the magnetometer will be measuring larger and therefore easier to measure fields in the ionosphere. Also, the lower altitude reduces RF communication requirements as does relaxation of the required data transmission rate, and the natural radiation environment will be much lower. The hardware demonstration of building and flying such a satellite, or small suite of satellites, will provide a proof of principle that will be helpful in many scientific and strategic applications where a fleet of coordinated small satellites is required.

The outer hexagonal surface consists of power-providing solar cells mounted on a structural frame. The satellite electronics including batteries will be concentrated in the center, with radiation protection provided by means of a 40-mil aluminum box. The RF antenna is attached to the electronics box. A three-axis fluxgate magnetometer which is able to measure magnetic fields within an accuracy of 1% will be flown. The magnetometer is body-mounted with its location chosen to minimize contamination by spacecraft magnetic fields. The sun sensor looks radially outward and will be used to determine the phase of rotation. In conjunction with the magnetometer, it will determine the direction of the spin axis. Satellite spin will maintain the orientation of both the antenna and the solar cells within 30° of the ecliptic plane assuming that the shuttle orientation can be selected at the time of release to be in this range.

As no flightworthy satellite was delivered, the mission was cancelled.