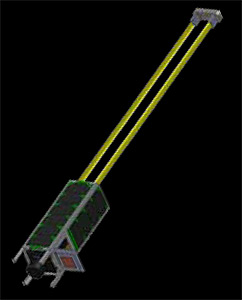 Hooponopono 2 is a 3U CubeSat mission developed by students of the University of Hawaii, Honolulu (Ma-noa), to perform radar calibration.

The development of the nanosatellite was the basis for the University of Hawaiis participation in the AFOSR (Air Force Office of Scientific Research) UNP (University Nanosat-6 Program), kickoff in Jan. 2009, a rigorous two-year satellite design and fabrication competition. In January 2011, the student team of the University of Hawaii won 3rd prize in the UNP competition, awarded by AFRL (Air Force Research Laboratory) and AIAA. Hooponopono was also selected by NASA as a participant in its CubeSat Launch Initiative for an upcoming launch.

Hooponopono is a collaborative project of the University of Hawaii (UH) and the USAF (United States Air Force). UH is providing the satellite, while the USAF is furnishing the payload suite consisting of a C-band transponder, GPS unit, and associated antennas, all housed in a 3U CubeSat form factor.

The objective of the mission is to continue a long-existing radar calibration service for the 80 plus C-band radar tracking stations distributed around the world, provided currently with the microsatellite RADCAL and with a payload suite onboard the meteorological satellite DMSP-5D3 F-15  with a sensor complement on a nanosatellite mission.

The nominal success criteria call for the following capabilities:

The satellite was successfully deployed in orbit on the ELaNa-4 mission, but no signals were received.

The second CubeSat Hooponopono 3 will incorporate lessons learned from the first mission, and placed in longer-lasting orbit.