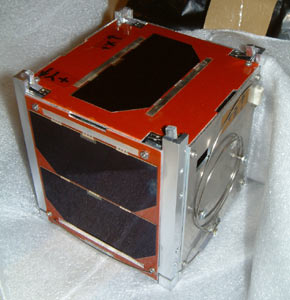 UWE-1 (University of Würzburg's Experimental) satellite was used to test adaptations of internet protocols to the space environment, characterized by significant signal propagation delays due to the large distances and much higher noise levels compared to terrestrial links. Establishment of a satellite ground control.

UWE 1 was launched in October 2005 onboard a Kosmos-3M launch vehicle from the Plesetsk Cosmodrome.

UWE 2 was successfully deployed in orbit by a PSLV-CA launch vehicle, but no signals were received.

UWE 3 was launched in 2013 on a Dnepr rocket to demonstrate the use of a real-time miniature attitude determination and control system on-board the satellite, using a variety of sensors, magnetic torques and one reaction wheel. To establish a robust base for a series of future satellites, UWE-3 additionally features an advanced modular and flexible architecture of the pico-satellite bus, in order to increase robustness, reduce mass and add reliability to the overall system.